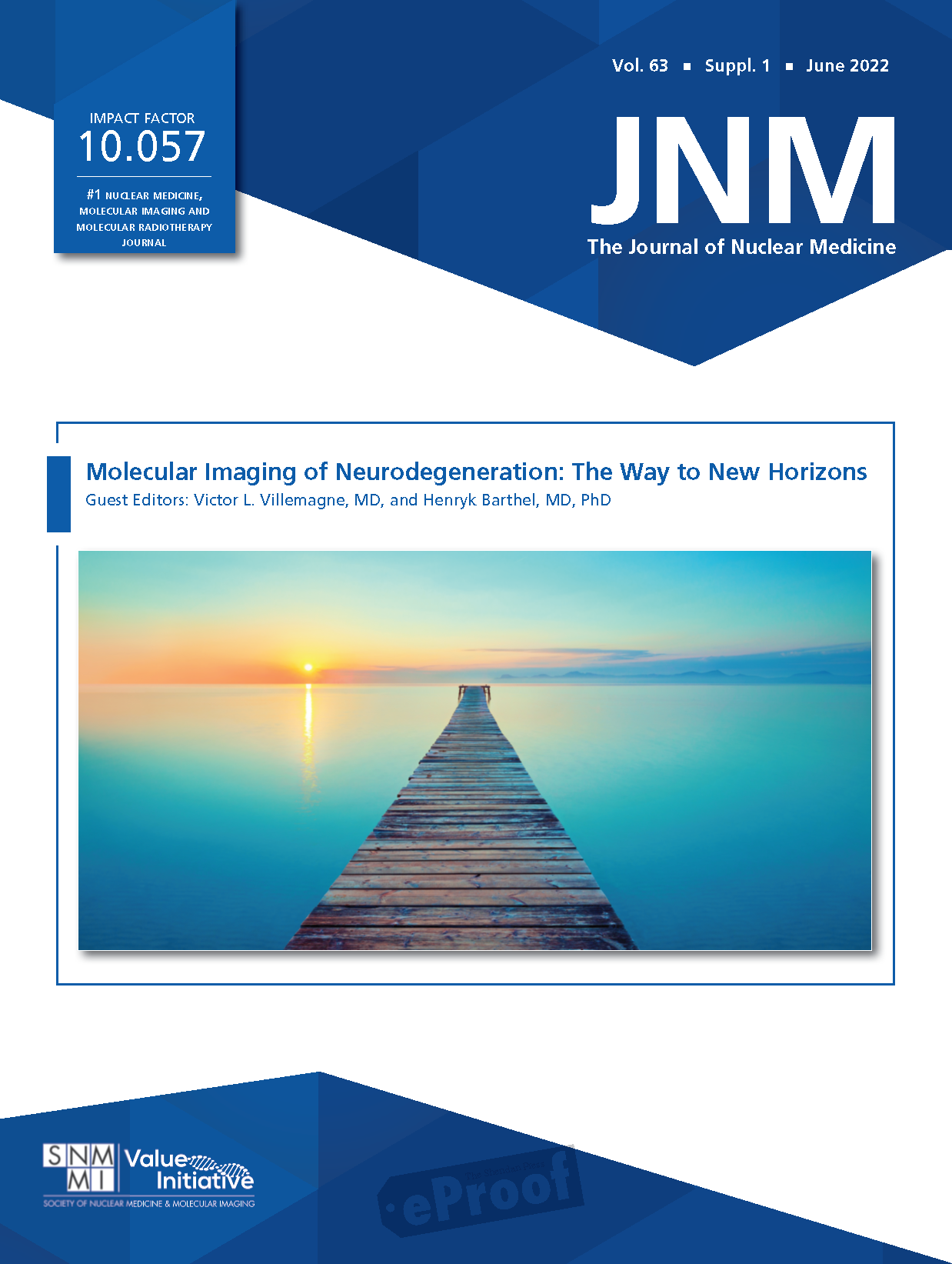 Neurodegenerative disorders are chronic and progressive conditions characterized by tissue loss in certain brain systems. They encompass most dementias, movement disorders, amyotrophic lateral sclerosis, Creutzfeldt–Jakob disease, and other diseases. Because the incidence of most of these disorders increases with age, they are of enormous socioeconomic relevance in our aging societies.

Among other similarities, the disease-specific trigger events in these disorders are still mainly unknown, and consequently, no preventive or curative treatment is currently available.

This supplement to The Journal of Nuclear Medicine aims to provide an up-to-date overview on the different aspects of molecular imaging in neurodegeneration and a discussion on what the future will bring to the field.

Molecular Imaging of Neurodegeneration: The Way to New Horizons
Victor L. Villemagne and Henryk Barthel
Villemagne and Barthel introduce this special issue of JNM on the current state of the art in molecular imaging in neurodegeneration and opportunities for future development.

The Role of Amyloid PET in Imaging Neurodegenerative Disorders: A Review
Marianne Chapleau, Leonardo Iaccarino, David Soleimani-Meigooni, and Gil D. Rabinovici
Chapleau and colleagues provide an overview of the use of amyloid PET in neurodegenerative diseases, including clinical, pathologic, and imaging correlates; applications in clinical trials; and the comparative utility of other available biomarkers.