Technetium-99m-Sestamibi is an isonitrile compound approved in 1997 by the Food and Drug Administration (FDA) as a radiopharmaceutical to detect breast cancer (also known as Miraluma). Tc99m Sestamibi accumulates and is trapped within cellular mitochondria in an energy-dependent manner. Since mitochondria play an essential role in cancer metabolism, it is known that Tc99m-Sestamibi will accumulate to a greater extent in cancerous cells than in normal cells.

MBI is based on an improved imaging system developed specifically for breast imaging. During the imaging exam, the breast is placed between two gamma camera heads engineered with cadmium zinc telluride (CZT) solid-state pixilated detectors. The pixelated CZT detectors result in better energy and spatial resolution than the BSGI pixelated sodium iodide (NaI) based detectors. Therefore, the MBI system is superior to BSGI in detecting small (less than 1 cm) breast cancers and allows imaging to be performed with lower injected doses of Tc99m-Sestamibi.

The MBI system has two heads and applies only mild compression to immobilize the breast. Similar to mammography, MBI provides craniocaudal and mediolateral oblique views of each breast, which facilitates comparison between MBI images and mammographic images. 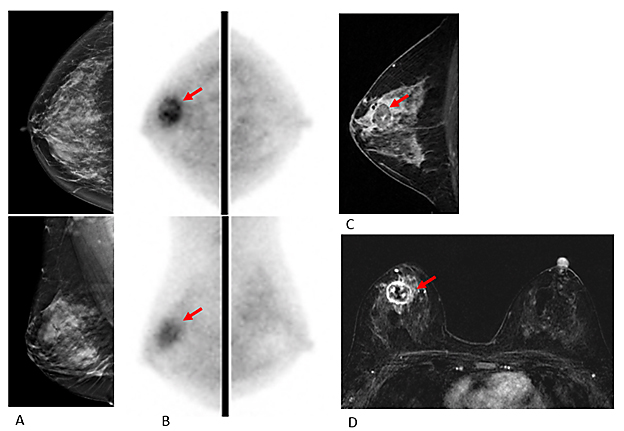 Figure 1:  Right breast invasive ductal cancer is not detected by mammography (A); however is clearly seen on MBI (B) as well as with breast MRI (C,D).

A - Right screening mammogram (CC and MLO) images showed dense fibroglandular breast tissue and was interpreted as a negative mammogram. 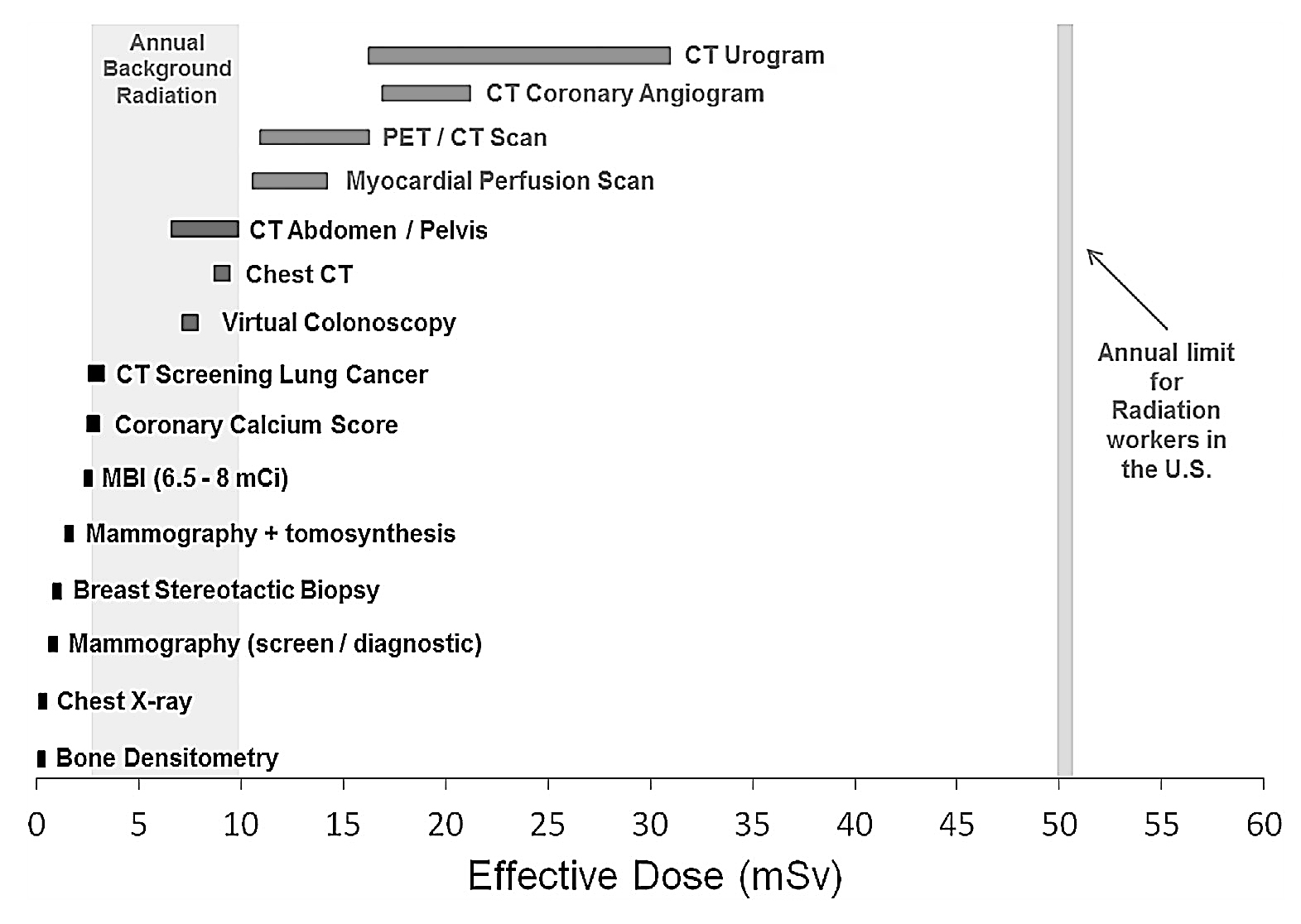 In what clinical settings can  MBI be considered for my patients?

MBI may be used to further evaluate indeterminate findings on mammogram and ultrasound or as a substitute for contrast-enhanced breast MRI in women who are unable to undergo MRI imaging due to claustrophobia or other contraindications. MBI can also be used for breast cancer staging or to evaluate tumor response to neoadjuvant therapy prior to surgery.

MBI may be useful for women:

How does MBI compare with other modalities? 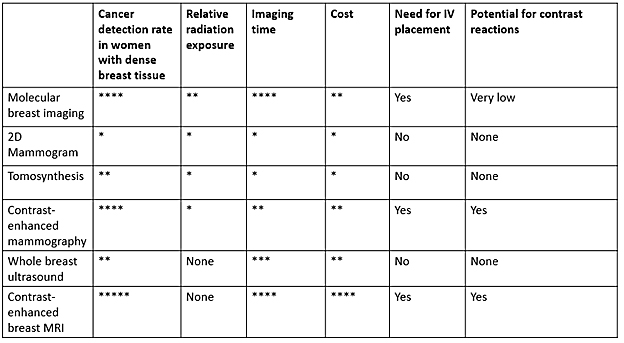 Have clinical practice guidelines been published for MBI?

The SNMMI published a Practice Guideline for Breast Scintigraphy with Breast Specific Gamma Cameras in 2010 (Goldsmith et al).  This document is currently (in 2021) undergoing updated revision by a joint working group between SNMMI and EANM.

The American College of Radiology published a Practice Parameter for the Performance of MBI Using a Dedicated Gamma Camera in 2017.

Where can my patients obtain MBI?

At present, MBI is the preferred modality over BSGI among the available breast specific cameras. MBI is available at select medical centers in the United States.

MBI is FDA approved; however individual insurance coverage may vary.  Further details regarding coding and insurance considerations are discussed by Shermis et al (2017).