SNMMI Procedure Standard for In-111 Leukocyte Scintigraphy for Suspected Infection/Inflammation 3.0

Lymphoscintigraphy involves injecting tiny amounts of radioactive particles (Technetium-99m sulfur-colloid or technetium Tc 99m tilmanocept) at or near the site of the primary cancer. Depending on the site of the cancer, images are taken with a gamma camera—a large scanner in which the patient lays down—of the patient’s arms and underarms, legs and groins, head, neck and chest, or other areas of interest.

The radiotracer gives off energy in the form of gamma rays that can be detected by the gamma camera. The camera produces images that reflect the movement of radiotracer from the site of primary cancer to the sentinel lymph nodes. Using the images acquired during lymphoscintigraphy as well as a hand-held gamma probe that detects radiation as a guide, a surgeon is able to distinguish and remove the radioactive lymph nodes that have drained from the site of cancer.

Sentinel node biopsy (SNB), primarily performed with breast cancer and melanoma, also involves injecting tiny amounts of radioactive particles (Technetium-99m sulfur-colloid or technetium Tc 99m tilmanocept). The injections are administered where the tumor is in the breast or around the nipple. The key difference between lymphoscintigraphy and SNB is that SNB does not include imaging with the large gamma camera. Thus, a patient having a SNB can be injected either in the pre-operative room or in nuclear medicine prior to surgery. During surgery, the surgeon will use a hand-held gamma probe or Geiger counter to detect and track the tiny radioactive particles that were injected and will target removal of the sentinel node. 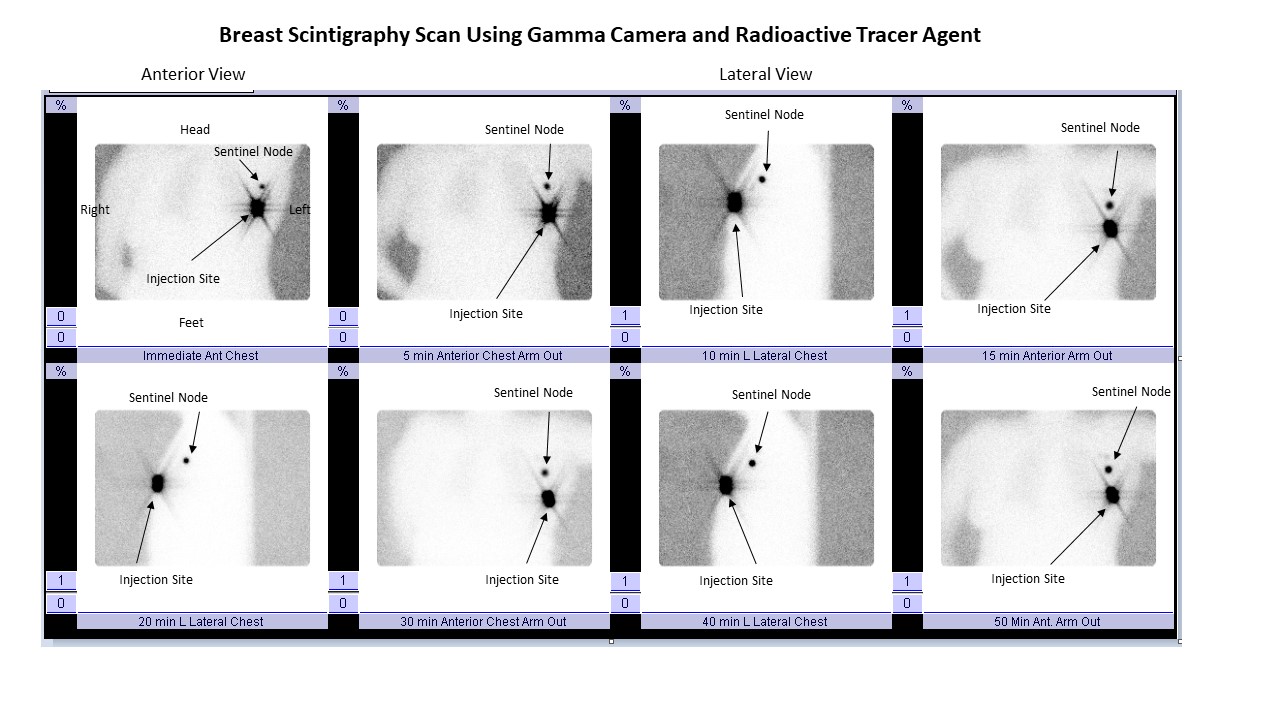