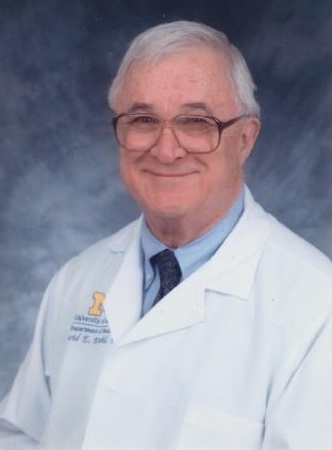 David E. Kuhl, MD, a nuclear medicine pioneer who developed early prototypes of what was to become positron emission tomography (PET), died in Ann Arbor, Michigan, on May 28, 2017, at the age of 87.

Kuhl earned his MD from the University of Pennsylvania School of Medicine in 1955 and completed his residency at the university’s hospital in 1962. It was during his time at Penn that he developed a new method of tomographic imaging.

Kuhl focused his research on neurochemical and metabolic processes within the brain using PET radiotracers, paving the way for better understanding of degenerative brain diseases and targeted drug treatments. His discoveries and clinical translations helped lead to the routine clinical use of PET imaging in neurology, cardiology and oncology.

The Kuhl-Lassen Award, named in honor of Kuhl and Niels Lassen, both pioneers in functional brain imaging, is the highest award of SNMMI's Brain Imaging Council. It is given annually to recognize a scientist who has made outstanding contributions to the discipline.