The Saul Hertz, MD Award is a lifetime achievement award, recognizing individuals who have made outstanding contributions to radionuclide therapy.

Dr. Larson is the Donna and Benjamin M. Rosen Chair; Attending, Molecular Imaging and Therapy Service, Department of Radiology; Co-Leader of Imaging and Radiation Sciences Program, Comprehensive Cancer Grant, Memorial Sloan Kettering Cancer Center; Director of the Center for Radioimmunotherapy and Theranostics, Ludwig Center, Lab Head and Member, Sloan Kettering Cancer Institute. He is also a Professor of Radiology, Cornell University Medical Center, NY, NY. Larson’s primary expertise is in molecular imaging, targeted radio diagnosis and therapy using small molecules and monoclonal antibodies. Dual boarded in nuclear medicine and internal medicine, Larson has clinical skills in oncology, cancer immunology, and clinical thyroid cancer. He has been responsible for directing and developing successful nuclear medicine and PET programs at several major institutions in the U.S., including the Veteran Administration Hospitals in Portland and Vancouver; University of Oregon, Portland; Seattle Veterans Administration Hospital; Clinical Center, National Institutes of Health; and Memorial Sloan Kettering Cancer Center (MSK). He has extensive experience as an advisor to public and private institutions, having served, among other appointments, as a member of what is now the MEDI grant review committee of NIH, the DOE Office of Science Advisory Committee, and the American Board of Nuclear Medicine, and as Chair of the Radiopharmaceutical Advisory Committee of the USFDA, Co-Chair of a National Research Council of the NAS Committee on Molybdenum-99 production with non-enriched Uranium 235, and Chair of the Molecular Imaging Committee of RSNA. He is now Chair of the Clinical Imaging Steering Committee of the National Cancer Institute; and Chair of the Clinical “Impact” Study Section of NIH, as well as a member of the National Academy of Medicine. He has received numerous awards for excellence including the Wylie prize of the USFDA, the Hevesy Award and Cassen Prize of the Society of Nuclear Medicine USA. He is inventor on 7 patents. He has published over 600 peer-reviewed publications in prestigious journals; his current H-factor is approximately 99. He has trained more than 50 residents in nuclear medicine who are now ABNM certified. 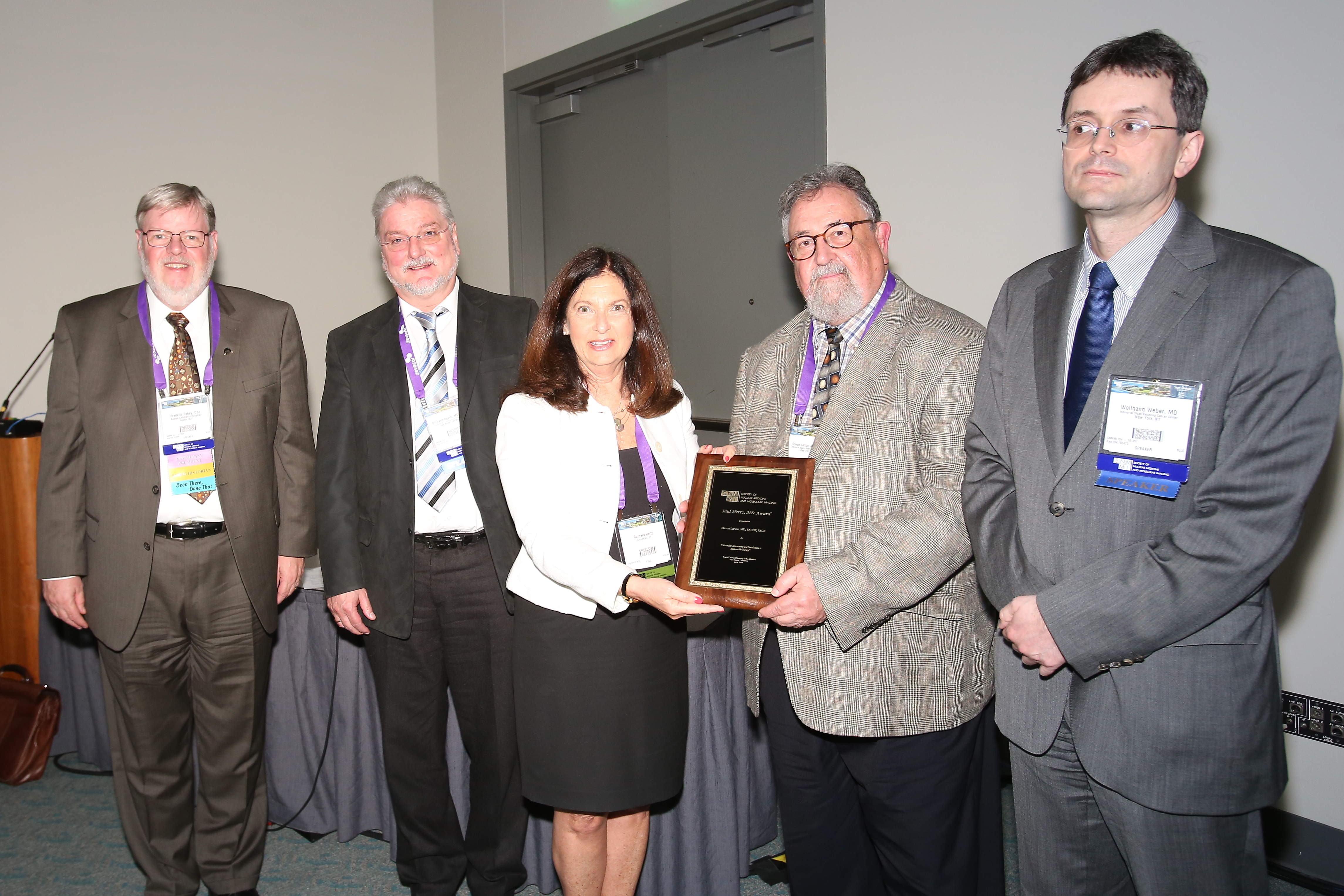