Lung cancer occurs when certain cells within the lung grow in an uncontrolled, abnormal, manner. There are two major categories of lung cancer—small cell lung cancer (SCLC) and non-small cell lung cancer (NSCLC). Lung cancer is the leading cause of cancer death in the United States. According to the American Cancer Society, more than 221,000 patients will be diagnosed with lung cancer and nearly 157,000 will die from the disease in 2011.

Molecular imaging is playing an increasingly important role in the detection, diagnosis and treatment of NSCLC, which accounts for the majority of lung cancer cases. Treatment options for NSCLC include chemotherapy and radiation and if diagnosed early enough, surgery. Accurately identifying if the cancer has spread to other parts of the body is critical for determining treatment options for patients.

﻿How is PET used for lung cancer?

Researchers are making exciting advances in understanding the molecular and genetic mechanisms that play a role in the development of lung cancer.

Promising areas of research include the development of novel reporter-gene imaging systems, which involve engineering genes that are able to adhere to specific cells so they may be tracked with molecular imaging technologies. In addition, scientists are working on ways to image molecular markers and biological pathways that are able to provide insight into the progression of lung disease and its response to treatment. 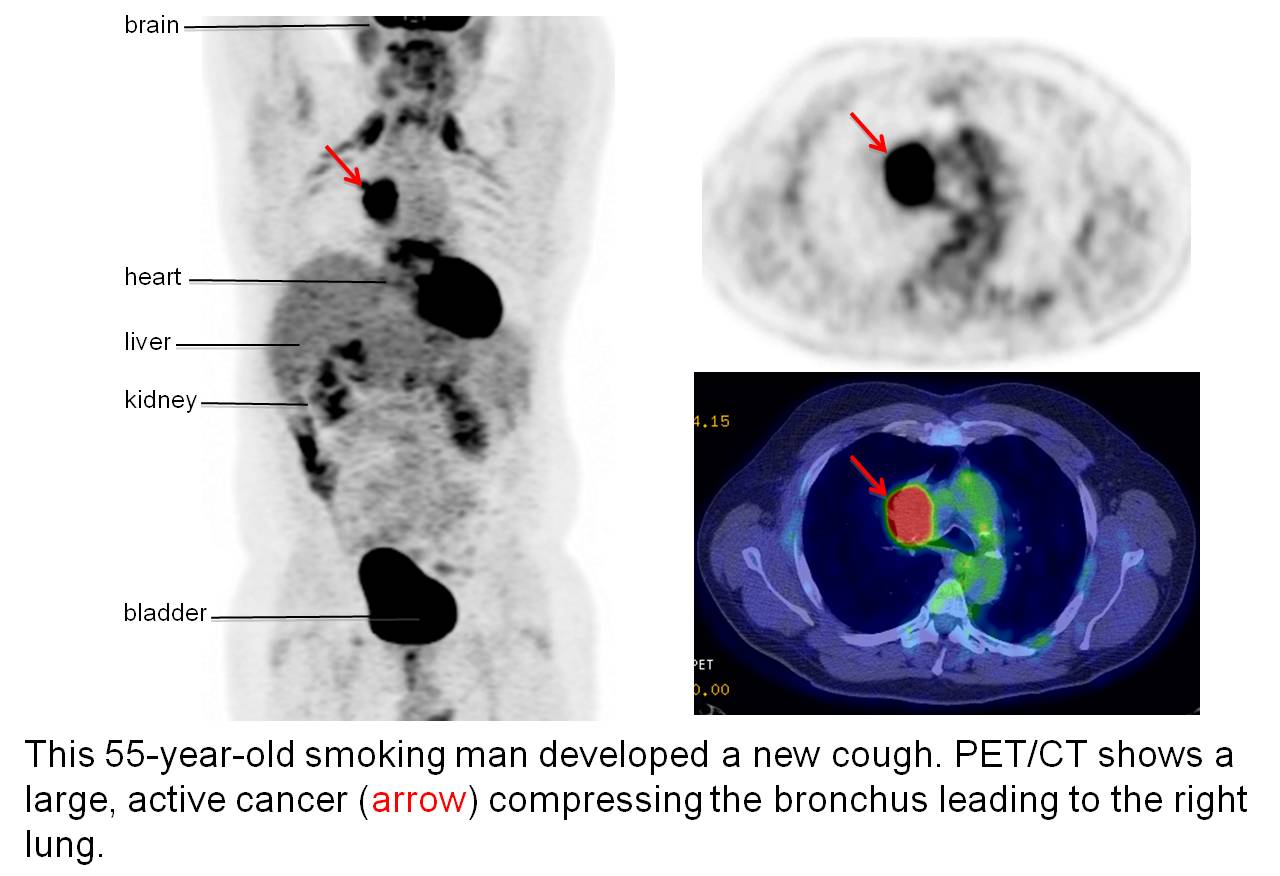