Lung cancer is by far the leading cause of cancer death among both men and women, making up almost 25% of all cancer deaths. Each year, more people die of lung cancer than of colon, breast, and prostate cancers combined.  According to the American Cancer Society an estimated 236,740 people will be diagnosed with lung cancer and nearly 130,180 will die from the disease in 2022.

What is molecular imaging and how does it help people with lung cancer?

What molecular imaging technologies are used for lung cancer?

Depending on the course of treatment, non-small cell cancer patients may require several PET or PET/CT scans, including whole-body scans.

How is PET used for lung cancer?

What are the advantages of PET for people with lung cancer? 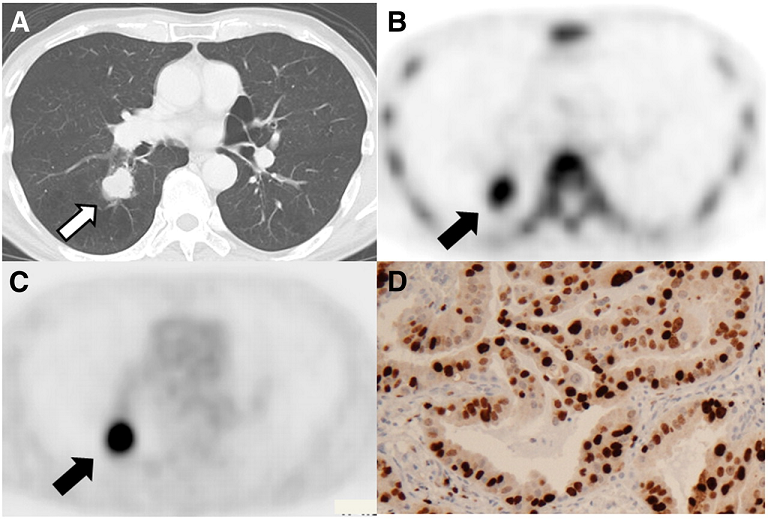 PET and PET-CT studies to diagnose, stage, re-stage or identify a recurrence of non-small cell lung cancer are covered by Medicare and Medicaid. Major insurance companies and health maintenance organizations also provide coverage for PET-CT studies for NSCLC. Check with your insurance company for specific information on your plan.

What is the future of molecular imaging and lung cancer?

Researchers are making exciting advances in understanding the molecular and genetic mechanisms that play a role in the development of lung cancer. Promising areas of research include the development of novel reporter-gene imaging systems, which involve engineering genes that are able to adhere to specific cells so they may be tracked with molecular imaging technologies. In addition, scientists are working on ways to image molecular markers and biological pathways that are able to provide insight into the progression of lung disease and its response to treatment.